You are here: Home > What's On > Animal Farm 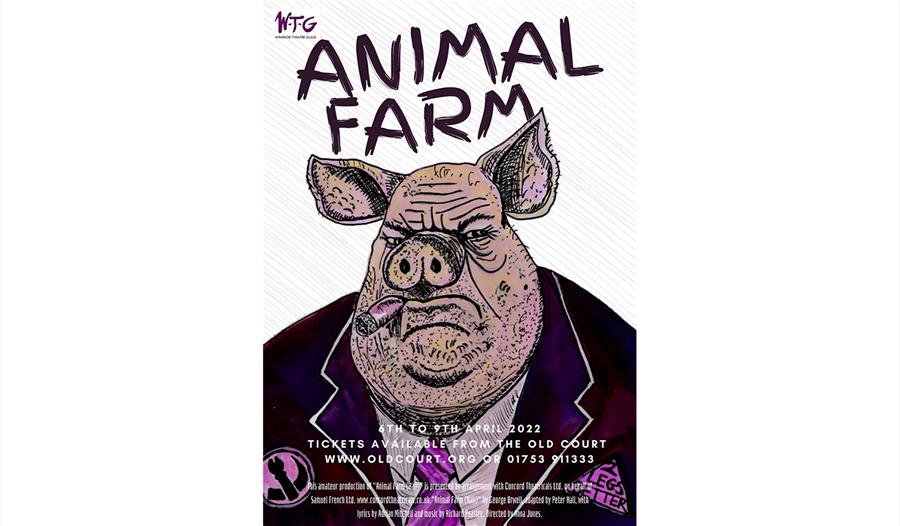 George Orwell’s world-famous and unsettling 'fairy story' was originally based on the Russian Revolution of 1917 and its aftermath. With its themes of freedom, fake news and the corrupting nature of power, it is as relevant today as when it was written at the end of the Second World War.

Old Major, the prize boar, calls the animals of Manor Farm together. He has had a strange dream of a better future...

This Windsor Theatre Guild production is of a much-acclaimed dramatisation of George Orwell's classic, allegorical novel, was originally adapted for the stage by Peter Hall CBE with lyrics by Adrian Mitchell and music by Richard Peaslee. It was first staged at the National Theatre in 1984 and this Spring is directed at The Old Court by Anna Jones with musical direction from Rob Harris. This will be the second time Anna has directed for the Windsor Theatre Guild following on from her very successful direction of “A Midsummer Night’s Dream’ in 2019. Anna is a creative producer, writer and theatre maker, working professionally in the arts, culture and heritage sectors for over twenty five years. Anna wanted to bring Animal Farm to the stage as she has always loved the book, is interested in how history resonates today and in theatre that keeps you thinking long after the lights go down.

PARENTAL WARNING: Although this play has no sexual content or explicit violence or language, it does have some scenes involving aggression, and references to death. (suggested age 10 + )