You are here: Home > What's On > Ben Portsmouth: This is Elvis

Ben Portsmouth: This is Elvis 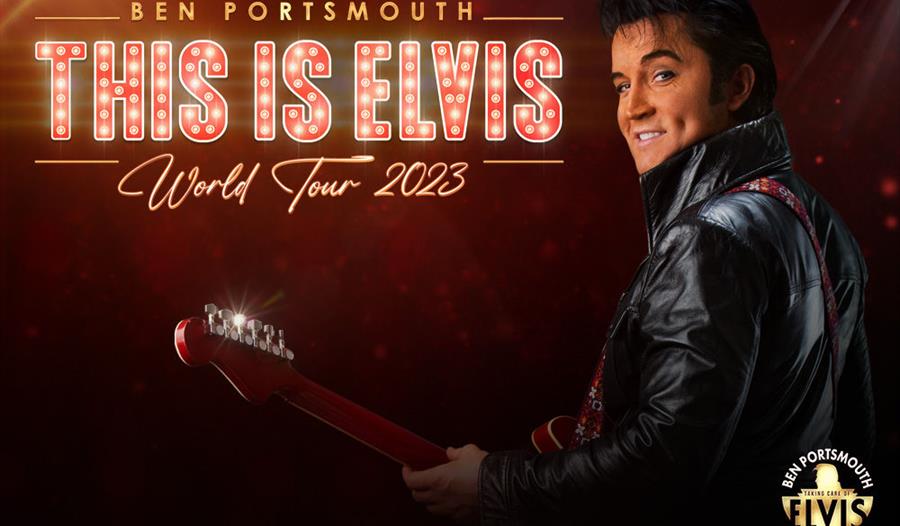 Ben Portsmouth brings you his jaw-dropping tribute to The King of Rock and Roll.

Ben had Elvis’s DNA in his blood from an early age. His father was an avid Elvis fan and Ben grew up on a diet of Elvis songs. Having honed his musical talent Ben started his journey as an Elvis Tribute Artist in 2005 when he formed the Taking Care of Elvis Band.

As a versatile guitarist, Ben can seamlessly switch from rock ‘n’ roll, gospel, and soul and there promises to be plenty of fabulous costume changes and lots of interaction with the audience along the way!

With his looks, charm and charisma, Ben continues to amaze audiences with his stage presence, with fans claiming globally ‘this is the closest you will ever get to the King himself’.  What more could you want!?  Come and feel the spirit of Elvis, and prepare yourself to be blown away by a spectacular evening!