You are here: Home > What's On > Daliso Chaponda - Apocalypse Not Now 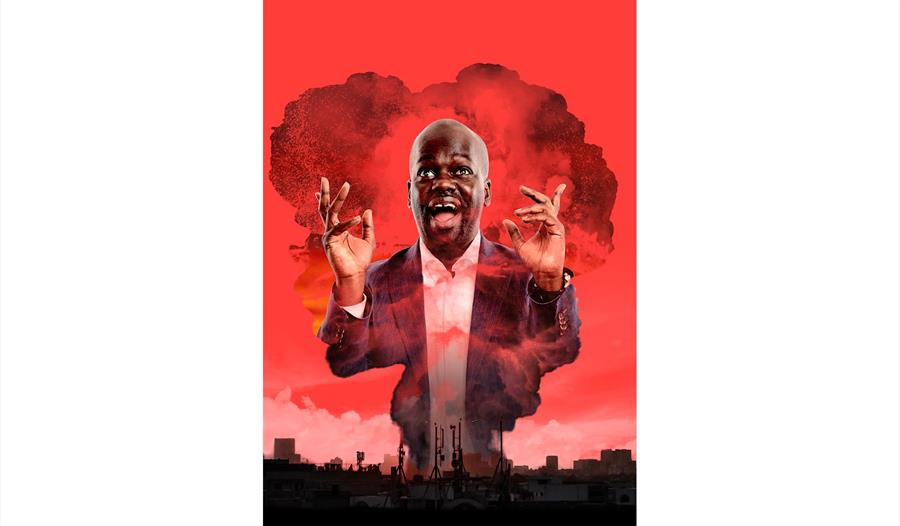 The Malawian born stand up comedian Daliso Chaponda brings his latest show Apocalypse Not Now to Norden Farm Centre for the Arts on Friday 4 February at 8pm. Tickets are £15. Age guidance 14+ years.

2020-21 has felt quite a lot like an apocalypse for Daliso – by now he should have done a full season at the Edinburgh Fringe and a national tour. As one of the UK’s hardest working comedians he didn’t stop during lockdown. He built a whole new following online with his daily crowd-sourced comedy shows – completing 200 of them!

Daliso was inspired to write Apocalypse Not Now about change not just in the world but in himself. He spent the first two lockdowns completely on his own. After his elongated period of solitude, he has changed his opinion on being alone, in fact he asked a friend to move in with him. Finally he was forced to compromise and realised that freedom isn’t everything!

In this new show Daliso also talks about his father, who was wrongly accused of a crime in Malawi, for which he went to trial and was acquitted from. Over a three-year period, Daliso went from golden boy to someone who the locals threw stones at. His father’s office was also set on fire, prompting Daliso to hire a spy – talk about change!

Daliso says of his show: ‘Can't wait to have an ACTUAL audience in front of me and make ACTUAL people laugh. I am overcapitalising because I've been entertaining people on a screen for a year. ACTUAL people. You'll cry with laughter; I'll cry with joy. It could get messy.’

Daliso shot to fame and captured the hearts of the nation on ITV’s Britain’s Got Talent. He reached the final and was Amanda Holden’s Golden Buzzer act. He has gone on to amass an outstanding 300 million plus YouTube and Facebook views.