You are here: Home > What's On > Jess Robinson: The Twelve Days of Jessmas 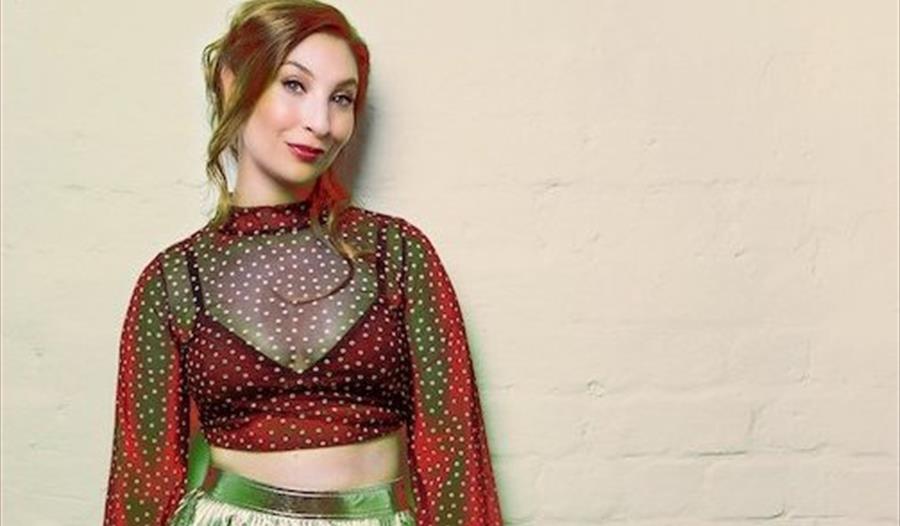 Jess transports her audiences through a winter wonderland of dazzling divas and stars of the silver screen. She’ll be serving up a feast of famous voices, from Gaga to Garland. Expect a host of immediately recognisable voices with Jess’s human jukebox of celebrity impressions.

Jess Robinson is a classically trained singer and one of the UK’s leading impressionists. She appeared in the eleventh series of ITV’s Britain’s Got Talent, where she made it to the live semi finals. She has appeared on CBBC’s Horrible Histories, Channel 4’s The Last Leg, BBC1’s The Impressions Show and ITV’s The Imitation Game. She is also a lead voice artist on Spitting Image.

Her 2021 podcast Stars in Your Ears won gold at The British Podcast Awards in the Best Entertainment Category. Jess’s stage work includes playing the title role in Jim Cartwright’s Little Voice and joining The Guilty Feminist on their UK tour and at the Royal Albert Hall.

Join Jess for what will be anything but a silent night.