You are here: What's On > Lions of Windsor & Maidenhead Sculpture Trail 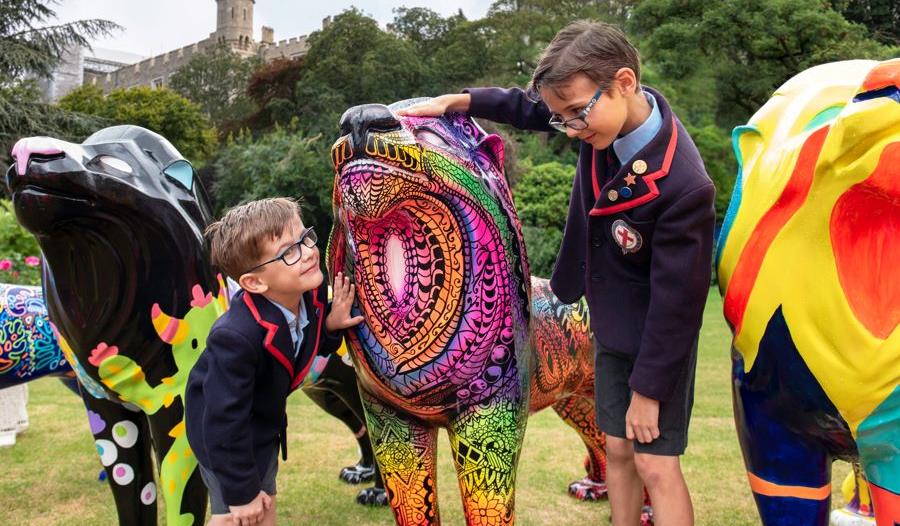 The Lions of Windsor & Maidenhead 2019 sculpture trail features a giant pride of beautifully decorated, supersized lion sculptures displayed across the Royal Borough of Windsor and Maidenhead to celebrate the 200th anniversary of the birth of Queen Victoria and raise funds for charity.

The life-size fibreglass lions have been transformed by leading artists and designers from around the world including Hong Kong, Paris, New York and Thailand, who flew into Windsor to decorate their lions in a wide range of styles, from fine art to mosaics, street art and illustrations to colourful abstract designs. School children from across the Royal Borough have painted a mini-pride of cute lion cubs.

Thousands of residents and visitors are following their Lion Trail maps on a journey of discovery across Windsor, Eton, Ascot and Maidenhead, making it an ideal way of exploring the region.  Maps cost £1 and are available from the Royal Borough's information centres.

The trail also highlights the declining numbers of lions in the wild, which are now more endangered than polar bears.

After three months delighting fans of all ages, the trail will end on 31st October, when the lions will head back to the Lion's Den for artists to groom to tip-top condition for the “Lions Roar Goodbye' auction preview weekend on 9th & 10th November, when all of the lions and cubs will be gathered together in one giant pride for lion fans to say their final farewells before the charity auction on 28th November.

ACTIVITIES - As well as all of the lions, there will also be free activities for lion fans of all ages, including lion decoration sessions, traditional signwriting and fairground art workshops by Carters Steam Fair, Lions of Windsor artists' exhibition, Dawson's 'Antiques Roarshow' valuations, spin-the-wheel, lucky dips, LEGOLAND and sponsor displays. There will also be face-painting, mini-makeovers from Look Good Feel Better, a bar/cafe, the Lion Shop and a raffle for the chance to win a full size lion sculpture for Christmas!

SOUVENIR PROGRAMMES - You can also pick up a souvenir programme featuring all of the Lions of Windsor & Maidenhead pride.

TICKETS for the Roar Goodbye weekend are available here.

CHARITY AUCTION - The purr-fect pride will be auctioned by Christie's director Hugh Creasy at a glittering gala event hosted by actor/broadcaster Tim Brooke-Taylor, with live performances by 'Lion King' and 'Motown The Musical' singers, at the Runnymede on Thames Hotel & Spa on 28 November from 19:00 to 23:00. 100% of event profits will be donated to charities including Thames Hospice, Look Good Feel Better, The Lions Club of Windsor and wildlife charity TUSK.