You are here: Home > What's On > Mitch Benn: It’s About Time 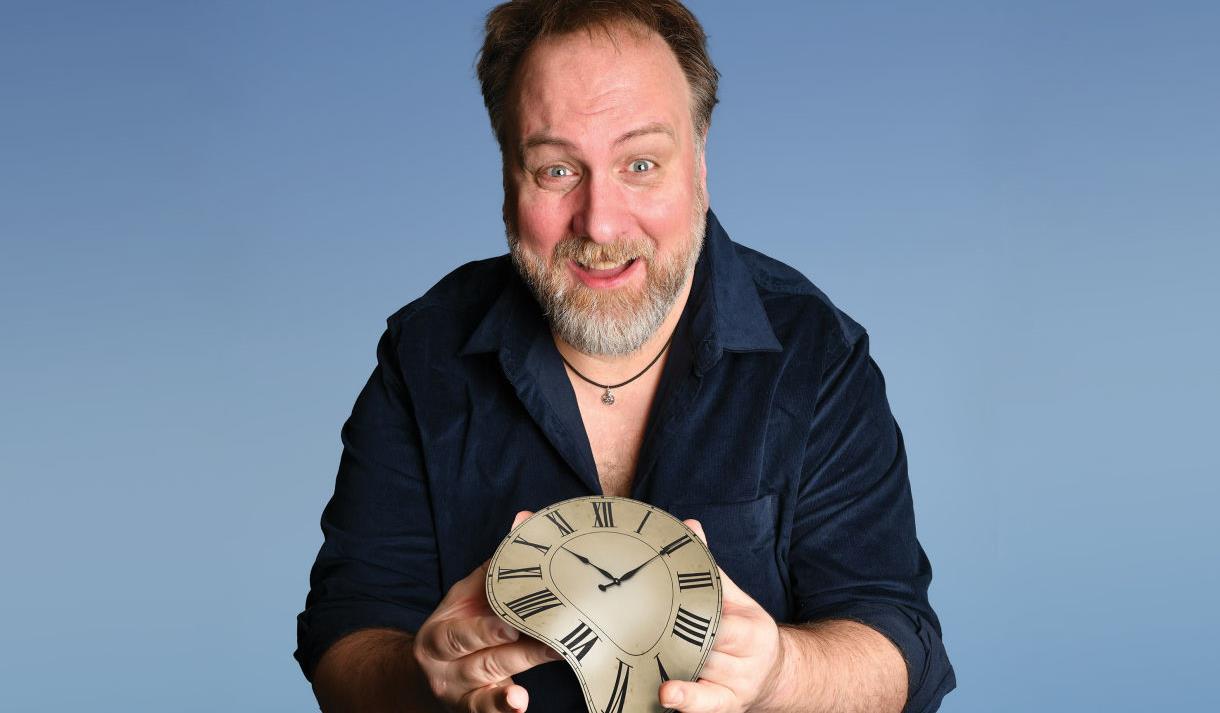 Mitch Benn embarks on his first tour in three years and it's about time! Mitch Benn: It’s About Time comes to Norden Farm Centre for the Arts on Wednesday 30 November at 8pm. Tickets are £15.

If it feels like the past is catching up with us and the future isn’t what it used to be, then fear not!  With clock in one hand and guitar in the other, comedian Mitch Benn will help you look and laugh at time in a whole new way.

Mitch Benn is a comedian, author, satirical songwriter, musician and actor. He is perhaps best known as the resident comic songwriter on BBC Radio 4’s The Now Show from 1999 to 2016.

His critically acclaimed Edinburgh Show Mitch Benn Is The 37th Beatle was broadcast on BBC Radio 4. Following on from its success, a further three specials were commissioned on music icons Bob Dylan, David Bowie and Elvis . He co-presented with Harry Shearer BBC Radio 2's Anatomy Of A Guitar and presented Spank The Plank for BBC Radio 4.

Mitch’s most recent TV and radio appearances include BBC 1's Celebrity Mastermind and Celebrity University Challenge (he won the former and lost the latter!), Neil Gaiman's Good Omens and BBC Radio 4’s With Great Pleasure.  He writes a weekly column for The New European and is author of the Terra trilogy of Science Fiction novels, the third of which, Terra's War, was published last year.

Let Mitch guide you through time from a completely different perspective.