You are here: Home > What's On > One Snowy Night 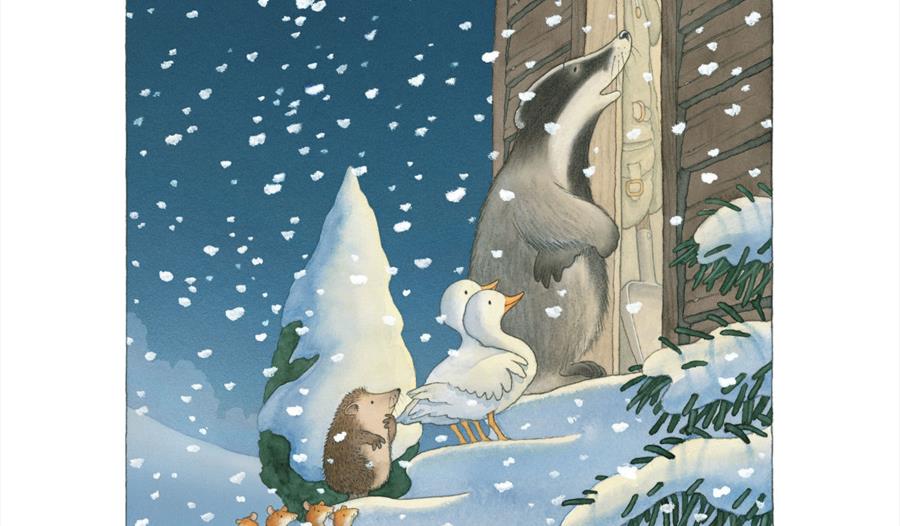 Norden Farm Centre for the Arts in Maidenhead is delighted to announce that this year’s Christmas show is One Snowy Night by Nick Butterworth. It opens on Tuesday 29 November and runs until Friday 30 December. There are two shows a day (Tuesday – Saturday). Tickets are £15 | £13 under 16s | £52 Family & Friends (4 people). Suitable for ages 3+ years.

Percy the Park Keeper always feeds the animals in the park where he lives. But on one very snow night, Percy finds a little furry friend shivering on the doorstep. One by one, more animals show up. They are hungry and need somewhere to stay warm, so Percy must find a way to help them.

One Snowy Night is based on the Percy the Park Keeper book of the same name, by Nick Butterworth. Nick was inspired to write the books from his many walks through the local park with the family dog Jake. The Percy range includes six hardback books, paperbacks, audio tapes (read by Richard Briers) and a range of activity books.

The show was first created by Norden Farm and theatre company Slot Machine in 2010. It returned to sell out audiences at Norden Farm in 2015.

The show has since gone on a national tour and had a Christmas season at The Albany in London, MAC in Birmingham and Southampton’s The Berry Theatre. Slot Machine also created Miki (2011) and Kipper’s Snowy Day (2014) with Norden Farm.

Join in with this snuggly, fun and heart warming story, with songs along to and furry friends to meet.