You are here: What's On > Prince Philip: A Celebration - Windsor Castle 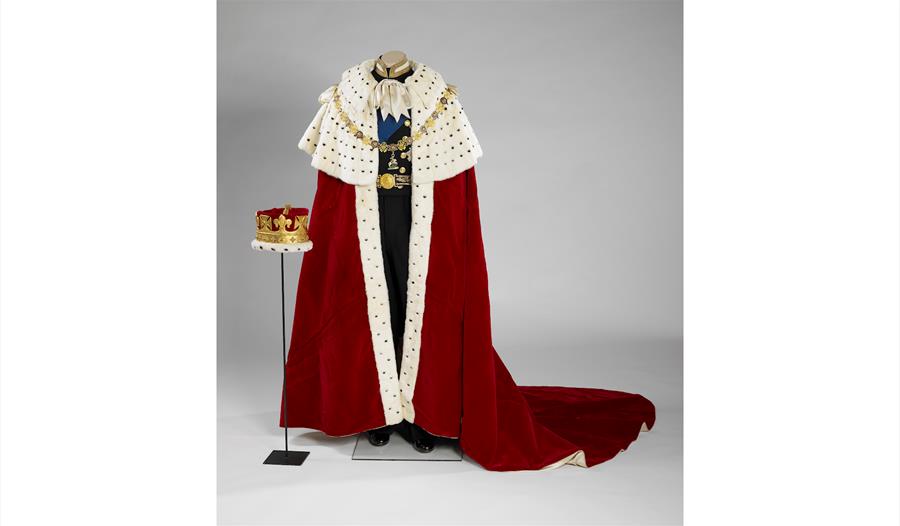 A special display at Windsor Castle summer will commemorate the remarkable life and legacy of His Royal Highness The Prince Philip, Duke of Edinburgh, Britain’s longest-serving consort.

Opening at Windsor Castle on 24 June, the display will chart significant events and achievements in The Duke of Edinburgh’s life through a total of more than 150 objects.

Themes explored in Prince Philip: A Celebration will include The Prince’s early life and naval career, his role as consort and his support for the sovereign at home and abroad. The displays will also focus on His Royal Highness’s wide-ranging patronages and associations, including sport, science and industry, conservation and the environment, art and collecting, and encouraging younger generations.

A highlight of the display at Windsor Castle will be a section devoted to Prince Philip’s role in The Queen’s Coronation of 1953. His Royal Highness chaired the Coronation Committee, one of two committees convened to plan the event, and played a key role in the decision to broadcast parts of the service live on television. The Coronation Robe and Coronet worn by Prince Philip during the service will be on display, alongside his Chair of Estate which is usually located in the Throne Room at Buckingham Palace.

Many of the objects in the Windsor display have been selected to highlight Prince Philip’s close associations with the Castle and the local community. His Royal Highness’s mother, Princess Alice of Battenberg, was born at Windsor Castle in 1885, and the Journal in which her great-grandmother Queen Victoria recorded the birth and described the new-born as ‘very pretty’ will be on display. Prince Philip’s roles as Ranger of Windsor Great Park, Knight of the Most Noble Order of the Garter and Chair of the Restoration Committee following the Windsor Castle fire of 1992 will also be explored. Items on display will include George A Weymouth’s portrait of The Prince standing in the shell of St George’s Hall after the fire, holding a roll of floorplans.

Gifts presented to Prince Philip during State Visits, overseas tours and official engagements at home and abroad will form part of the displays at both Windsor Castle and the Palace of Holyroodhouse. Examples at Windsor Castle will include a First Nations feather headdress presented to The Prince during a Commonwealth visit to Canada in 1973 and a wine cooler in the shape of a giant grasshopper presented by President Pompidou of France in 1972.

The Duke of Edinburgh was installed as a Knight of the Garter in St George’s Chapel in 1948 and marked many public and private occasions there. His funeral took place in St George’s Chapel on 17 April 2021. A display of archival material and historic photographs in the Chapel’s south quire aisle will celebrate his faith and service to society, his support of the Chapel and his role in the foundation and development of St George’s House consultation centre.

* Please note the Castle is open Thursday to Monday (closed Tuesdays and Wednesdays).

Last admission 75 minutes before closing. Please check the 'provisional closure' dates on the Windsor Castle page to avoid any disappointment