You are here: Home > What's On > The Platinum Jubilee Celebration - A Gallop Through History (SOLD OUT)

The Platinum Jubilee Celebration - A Gallop Through History (SOLD OUT) 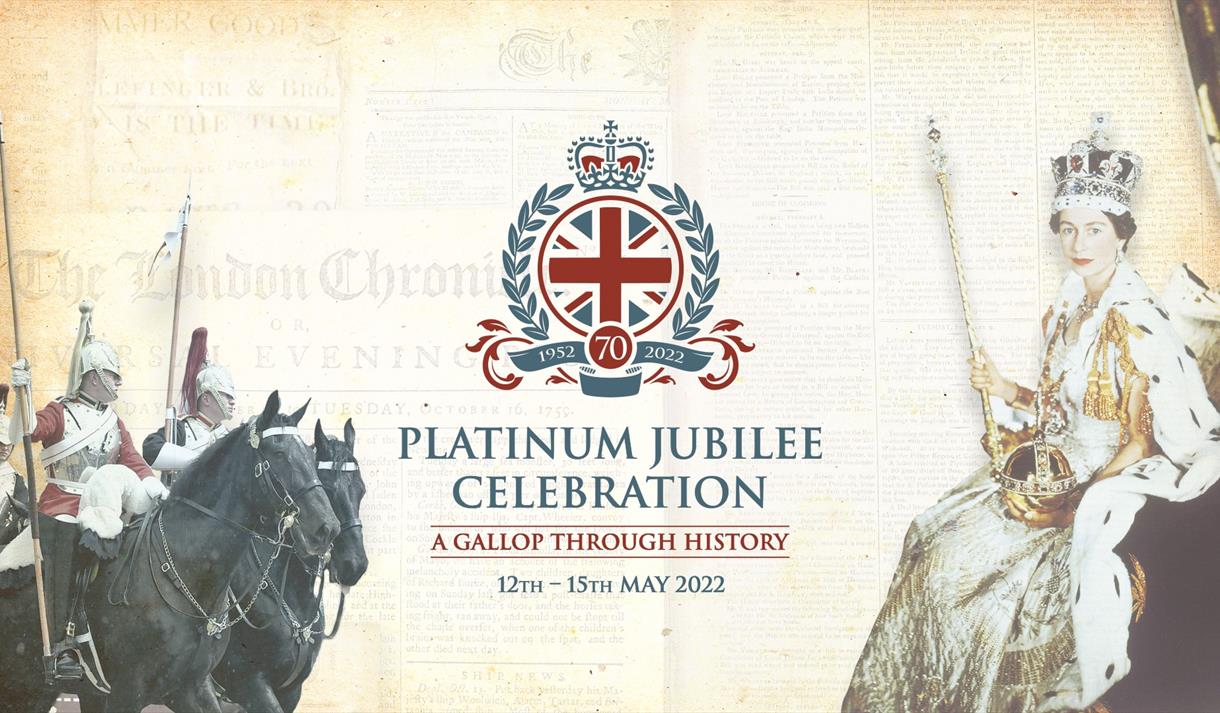 This event has now SOLD OUT but will be broadcast to the nation on Sunday 15 May by ITV.

The Platinum Jubilee Celebration will see over 500 horses and 1,000 performers create a 90-minute piece of spellbinding arena theatre that will include actors and artists, musicians, international military displays from the Commonwealth and Europe, our own Armed Forces, dancers and global equestrian displays.  Performed live to an audience of over 5,000 each of the four nights, the event will also be broadcast to the nation on Sunday 15 May by ITV.

The Show takes place in the same arena used by Royal Windsor Horse Show during the day and is the fourth in a series of events at the same venue that have marked significant moments in the life of The Queen.  These include The Golden Jubilee Pageant, The Diamond Jubilee Pageant and The Queen’s 90th Birthday Celebration, which won a BAFTA for the Best Live Event in 2016.

The production will take the audience on a gallop through history  from Elizabeth I to the present day.  With moments of humour, great theatricality, pomp and pageantry, this will be a spectacle like none other.  Leading the narrative will be ‘The Queen’s Players’, a group of actors and artists especially brought together for the event and based on the travelling players of the Elizabethan period.  With some of the UK’s greatest performers a part of the troupe, the audience will be in safe hands as the show unfurls.