You are here: Home > Information > Product Catch all > Ascot 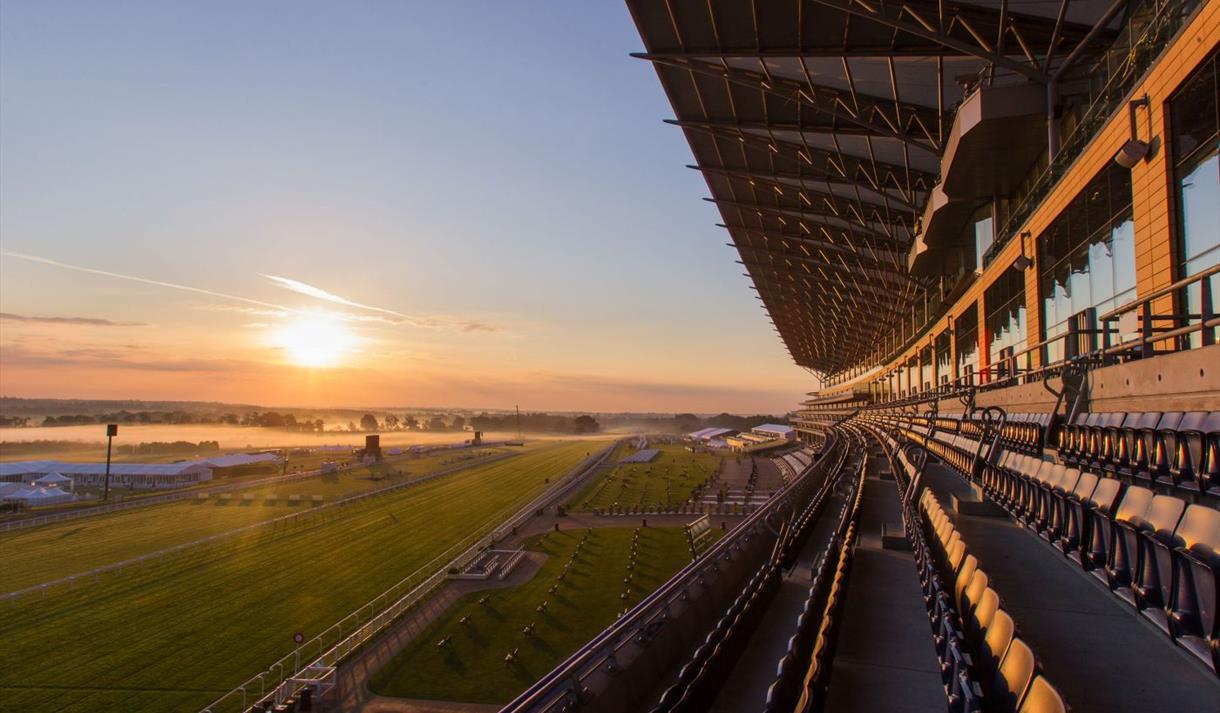 Ascot was originally a village called East Cote meaning Eastern Cottage from the old English Estcota and lies just 6 miles from Windsor Castle. Home to Ascot Racecourse, arguably the most famous racecourse in the country, most commercial development has grown up around it and today Ascot has a bustling high street with many independent shops, restaurants and cafes.

During June it seems that the whole world comes to Royal Ascot, not only for the famous race meeting but also for the accompanying display of fashion. It was Queen Anne in 1711 who ordered the races to be transferred from Datchet Meads and continued royal patronage has further increased the popularity of this major event in the social calendar.

The first race meeting held at Ascot took place on Saturday August 11, 1711. Her Majesty’s Plate, worth 100 guineas, was the inaugural event, open to any horse, mare or gelding over the age of six. Each horse was required to carry a weight of 12 stone and seven runners took part.

The contest bore little resemblance to racing seen at Ascot today. The seven horses were all English hunters, quite different to the speedy thoroughbreds that race on the flat now. The race consisted of three separate heats, each four miles long, so the winner would have been a horse with tremendous stamina.

The Royal Enclosure was originally established to provide the Royal Family and their selected guests with privacy, security and exclusivity, allowing them to enjoy their day in comfort and style.

While not officially called the Royal Enclosure until May 1845, in 1832 William IV was hit by a stone thrown by a member of the public and it proved to all that a separate area was necessary.

The first reference of a Royal Stand at Ascot Racecourse dates back to the 1790s, when a temporary stand was erected during the Royal Meeting. In 1822 King George IV commissioned an architect to build a two-storey Royal Box at Ascot. Only those with an invitation from the King were allowed to enter. Badges on their lapels displayed their names and titles and designated press areas were set up to prevent aristocrats being caught by paparazzi in unflattering poses! A grandstand was also built, and while the original wooden buildings have now been replaced it remains the focal point of the course spanning a quarter of a mile along the course. It is still called the Grandstand and offers spectators a panoramic view of the racecourse and its surroundings.

Ascot Racecourse re-opened to the public in 2006 following a £200 million redevelopment programme, the most extensive project of its type ever seen in Europe. Ascot stages around 26 days of racing throughout the year, 18 flat meetings between May and October and seven National Hunt (jump) meetings between November and April.

The Royal Meeting, held in June, is undoubtedly the most famous of these, where top-class racing is combined with tradition, pageantry and style. The Royal Procession is one of these traditions that has endured since 1825. Started by George IV soon after the Grandstand was built, the procession begins at 2pm each day during Ascot week. The Royal Family ride in open, horse-drawn carriages while thousands of racegoers stand and cheer.

The meeting as we know it began to take shape with the introduction of the Gold Cup in 1807. Gold Cup Day remains the feature race of the third day of Royal Ascot and is traditionally the busiest day of the week. It is commonly known as ‘Ladies Day’ where tradition states that in order to enter the Royal Enclosure women must be wearing a hat that covers the "crown of their head".

The railway was brought to Ascot in 1845 for the purposes of the races and is a short walk from the High Street. Regular services run from Reading and Waterloo.Ascot is approximately 45 minutes drive from London and is located very close to M3, M4 and M25 motorways and to Heathrow Airport.