You are here: Home > Information > Product Catch all > Sunningdale 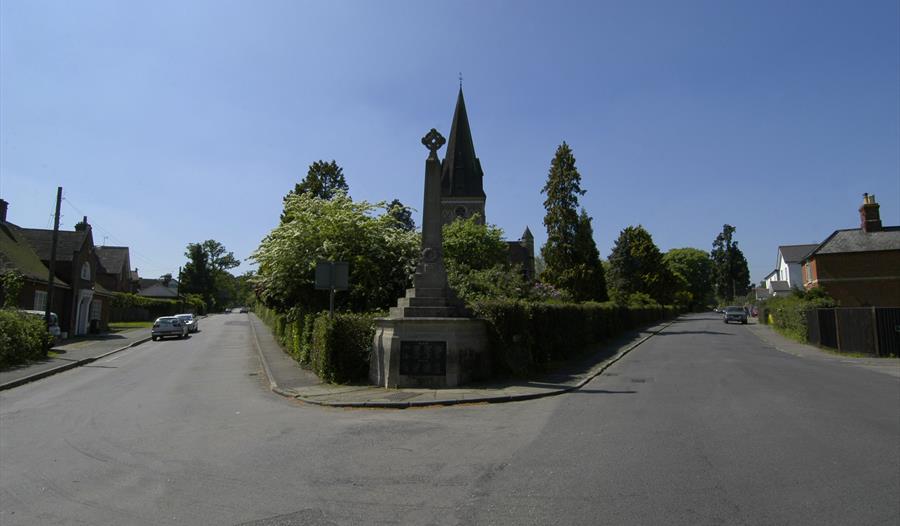 In the southeastern corner of the Royal Borough, Sunningdale borders the county of Surrey and until 1894 was included within the parish of Old Windsor. As in neighbouring Ascot and Sunninghill, the area is noted for its fine displays of trees and shrubs, especially banks of rhododendrons. The Duke of Cumberland (Prince William, George II’s son, famous for his command at the Battle of Culloden) lived in this area and is commemorated with an obelisk in the Great Park.

The names Sunningdale and nearby Wentworth are known throughout the sporting world for their magnificent golfing facilities and both have courses which stage major championships.

The Parish Church of Holy Trinity, with its graceful spire, replaced a previous building from 1839 and was completed in 1887-88. Inside is the tomb of the exiled sculptor Prince Victor of Hohenlohe, who died in 1891 and is probably best known for his statue of King Alfred at Wantage, Oxfordshire.