You are here: Home > Things to Do > Maidenhead Heritage Centre 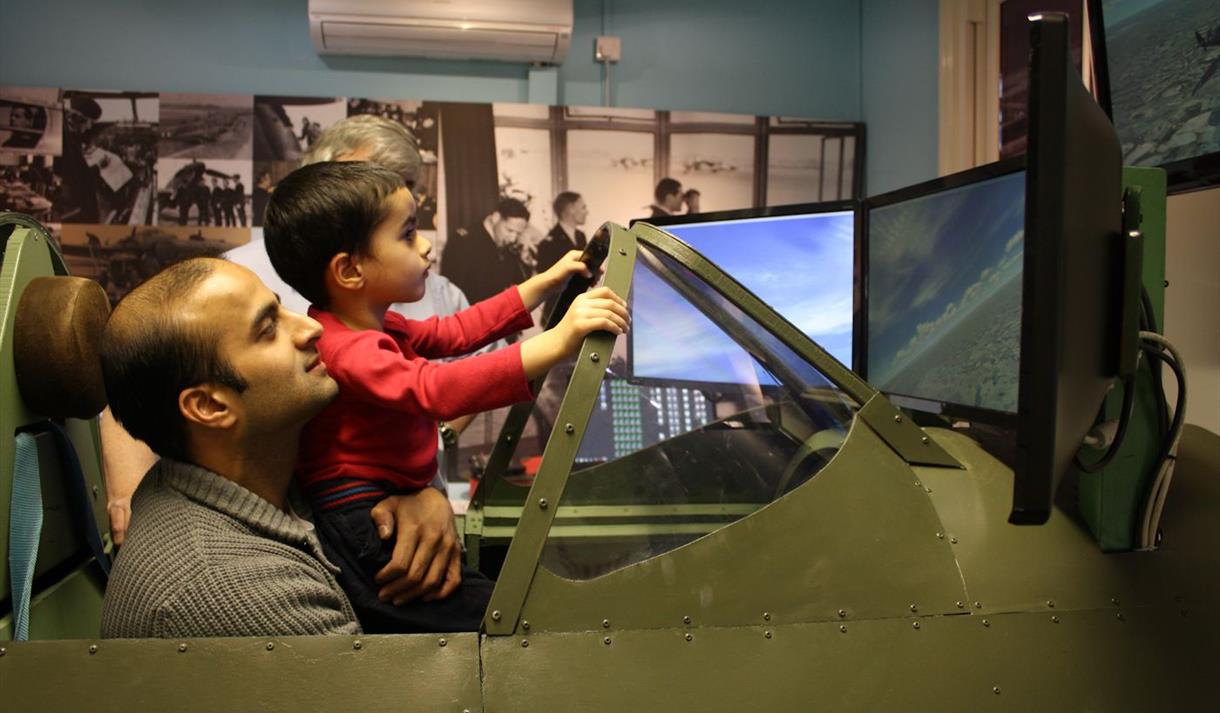 Learn all about the history of Maidenhead AND fly in a Spitfire simulator at this little gem of a museum!

The history of Maidenhead can be told through its River, its Roads and its Railway, for the fortunes of the town depend largely on transportation and communications.

In its permanent and temporary exhibitions, Maidenhead Heritage Centre tells the story of the town and its relationships to older nearby villages and towns (there was a Roman villa at Cox Green and Cookham and Bray were recorded in the Domesday Book).

It records the significance of the building in 1250 of the first wooden bridge across the Thames, carrying the road from London to Bath and Bristol and establishing the town at a key location along this route.

During Georgian times the present stone bridge was built and Maidenhead grew rich from the coaching trade.

The prosperity of the area was further enhanced in Victorian times, when Brunel built his famous Great Western Railway right through the town. His unique brick built “Sounding Arch” bridge still carries the railway across the Thames. Although the railway was the death knell of the coaching trade, Maidenhead’s Riverside area became fashionable tourist destination, right up until the outbreak of the First World War.

The town has been home to many celebrities and important historical figures, and was chosen to host the Brigade of Guards Boat Club, sited beside the river near the bridge – the resulting influx of Victorian and Edwardian high society was both stimulating and scandalous!

Also housed at the Heritage Centre is the internationally important collection telling the story of the Air Transport Auxiliary, which was headquartered at nearby White Waltham throughout the Second World War.

This was a civilian, volunteer unit, supporting the RAF by helping to ferry aircraft between factories and front-line squadrons.  Its male AND female pilots came from 25 different countries, including the USA.   Their adventures of courage, skill and sacrifice are told in the permanent  Grandma Flew Spitfires exhibition.

You can also step back in time and fly a Spitfire in our unique simulator – experience for yourself what it must have been like for these young and adventurous pilots during the 1940s!

General admission is free. Charges apply to the Grandma Flew Spitfires permanent exhibition and flights on the Spitfire Simulator.

Spitfire Simulator: 30 minutes is the minimum time recommended for adults and children aged 16+. For younger children (9+) the time can be shared between two ‘pilots’.