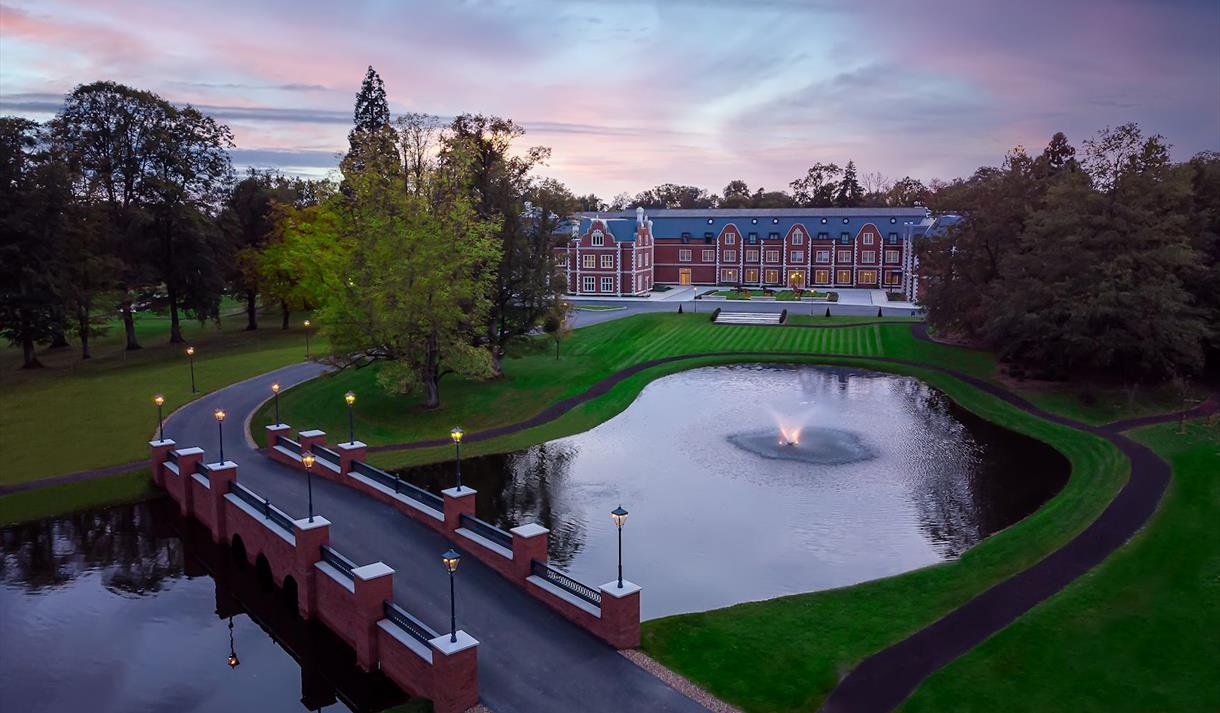 Fairmont Windsor Park is a grand and indulgent retreat which puts the wellness of each guest at the heart of the experience. Set in the English countryside, history and iconic elegance merge to create an outstanding destination.

Located on the edge of historic Windsor Great Park and The Savill Garden, 20 minutes from London Heathrow Airport and within an hour of London, the hotel is surrounded by 40 acres of open green space featuring a tranquil lake. The hotel has been designed to reflect the site’s heritage while offering modern elegance.

Fairmont Windsor Park boasts 251 extravagant bedrooms carefully designed with peace, comfort and luxury in mind with many offering breath-taking views of the hotel's traditionally-English parkland surroundings. The hotel will feature a selection of opulent suites ranging from one bedroom to the Royal Suite with its access to a private area in the spa, allowing guests to experience unmatched service, whilst relaxing in the ultimate private setting.

The hotel’s unique approach to wellness culminates in this dedicated spa and wellness space for providing guests with an experience like no other. The qualified team of wellness experts are all the very best in their field and are committed to providing every member with a transformational experience for body, mind and soul. Treatments focus on a holistic sense of wellbeing and provide a place for recovery and reviving.

For those seeking an unrivalled dining experience, our seven restaurants and bars provide the idyllic opportunity to experience world-class refined cuisine.

The offering includes the Orchid Tea Room, serving delectable afternoon tea; 1215 at Fairmont Windsor Park a fine-dining restaurant which invites guests to discover an assortment of new flavours and experiences; a champagne bar, acting as a personified epitome of sophistication, serving the finest champagne and specially selected wines from across the globe. There is also a gin bar, a wellness café and completing our irresistible collection is MOREISH our all-day dining restaurant, which promises to delight your taste buds and invigorate your senses, with dishes skilfully prepared with locally-sourced ingredients.

*From rates are for Advance Purchase. There’s additional charge of £25 p.p for breakfast.

By train London Underground Hyde Park and Leicester Square stations are served by the Piccadilly Line, from Heathrow Airport Terminal 5, and a two hour journey, having reached the Terminal by the Number 8 Bus from Cooper’s Hill Lane.

National Rail Charing Cross station is best reached by car within 1 hour 35 minutes as well as Waterloo Station, which is within 1 hour 25 minutes by car.

By Bus Windsor Town Centre, is served by the Number 8 Bus from Cooper’s Hill Lane, which is a 1 mile, 19 minute walk from Fairmont Windsor Park.

Heathrow Airport Terminal 5, is served by the Number 8 Bus from Stand 4, which is a 1 mile, 19 minute walk from Fairmont Windsor Park, and from Cooper’s Hill Lane bus stop, a 43 minute bus ride to the terminal. 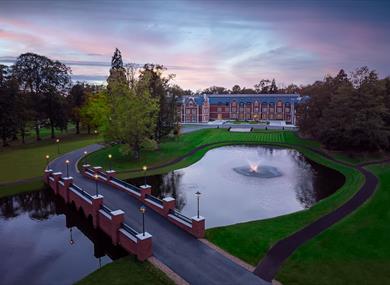 Fairmont Windsor Park, Windsor and MaidenheadSet in an oasis of beautifully landscaped gardens, adjacent to Windsor Great Park and The Savill Garden, the new Fairmont Windsor Park boasts 251 bedrooms which have been meticulously designed with luxury, comfort and tranquillity in mind.