You are here: Home > Information > Product Catch all > Bisham 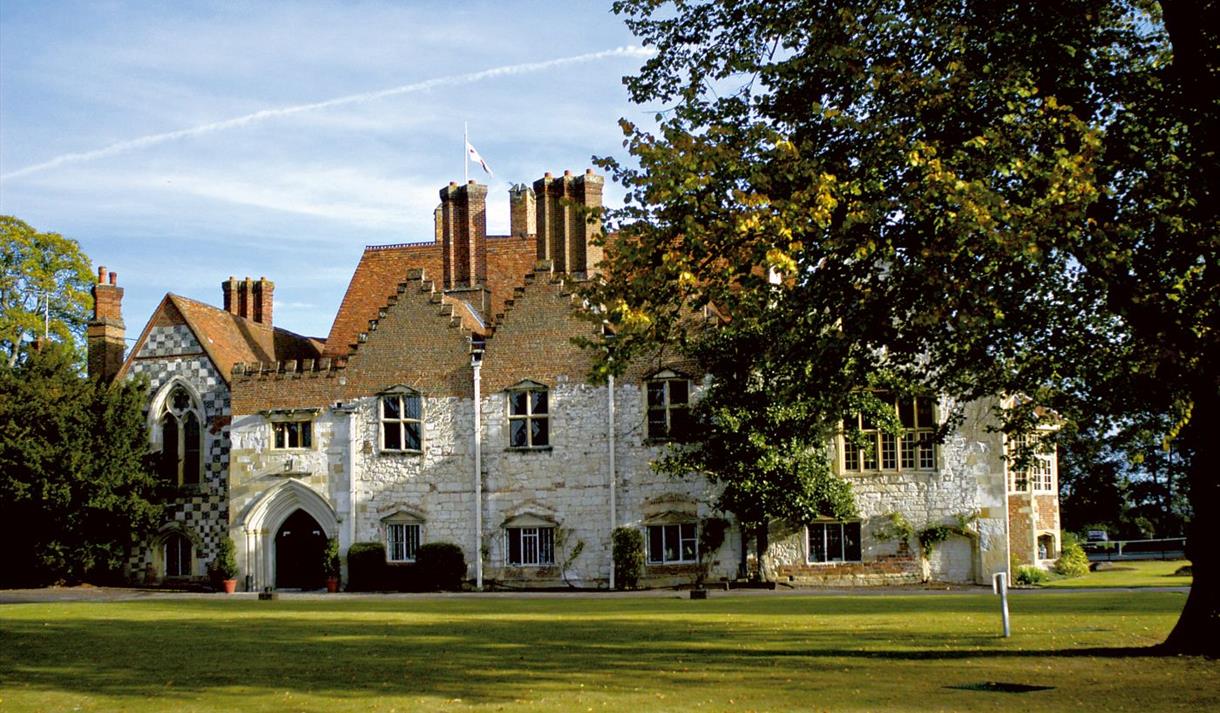 Bisham is a parish of woodlands, the best-known being the Quarry Woods, which provide a splendid backdrop to the many historic buildings both large and small along the road to Marlow. Although the woodlands are private there are many public footpaths; the most scenic being those which climb the steep chalk ridge towards Cookham Dean.

Today, the parish is probably best known for Bisham Abbey, a mainly Tudor building of Grade I architectural interest and now a national sports centre. The building incorporates parts of Bisham Priory, which was founded by the Knights Templar in 1338 and had the distinction of being the only monastery to be re-established as an abbey by Henry VIII after the dissolution. In spite of its name, it was never inhabited by monks or nuns. The Bisham estate was inherited by the Hoby Family whose noble alabaster effigies can be seen in the riverside parish church, which, although largely rebuilt in 1849, still has its original Norman Tower. Over the years there have been many sightings of the ghost of Lady Elizabeth Hoby. She was said to have beaten her own child to death after he failed to pay attention in private lessons at the house. She haunts the Abbey out of remorse for her actions!

Approximately quarter of an hour drive from Windsor and 30 minutes from Heathrow. Near to M4 and M25 motorways.

The nearest train station is Marlow station and is just under a mile away.