You are here: Home > Information > Product Catch all > Cookham 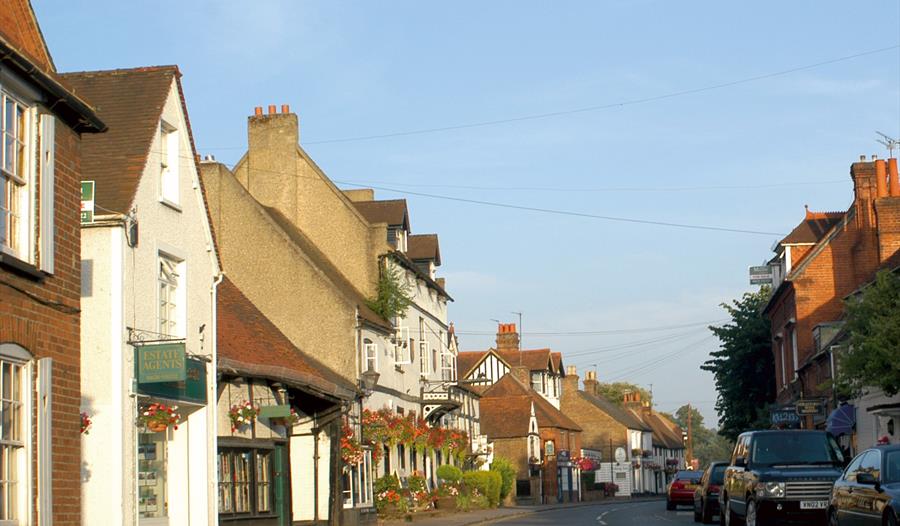 The Royal Manor of Cookham was held by the Crown until 1818 and today, although many changes have taken place, the village has made the most of its position and is now one of the most popular Thameside resorts with its many superb restaurants and inns, including Bel and the Dragon dating from 1417 and reputedly one of the oldest licensed houses in England.

The church of the Holy Trinity, although considerably restored, still exhibits parts of its Norman origins as well as many examples of later construction from early English to the late Perpendicular period when the tower was erected. The interior contains many interesting brasses and memorials.

The name of Cookham today is closely associated with Sir Stanley Spencer, one of the greatest British painters of the 20th century who lived in the village until his death in 1959 and who used its scenery as the background to many of his paintings.

The Stanley Spencer Gallery in the High Street is located in the old Methodist chapel to which Spencer was brought as a child.  It’s open throughout the year and contains a fine collection of more than 120 of his works.

Another famous former resident was Kenneth Grahame, author of 'The Wind in the Willows'. He lived with his grandmother at ‘The Mount’ in Cookham Dean. It is thought this is where he wrote the book and it is certainly accepted that the river scenes between Cookham and Henley inspired the work along with Winter Hill above it.

Cookham is one of a number of locations along the Thames where the colourful Swan Upping Ceremony takes place during the third week of July. This is the time when the Royal Swankeeper catches all new cygnets and assigns ownership.

The centre of the parish is at Cookham Rise, which has a modern shopping development and a station on the Maidenhead to Marlow branch line with connections for London.

The favoured residential area of Cookham Dean is noted for the beauty of its cherry orchards in springtime and also the scenic attractions from the outstanding viewpoint of Winter Hill, now the property of the National Trust.

There are many well signposted walks including those in other areas of the parish also administered by National Trust such as Cockmarsh and Cookham Dean Common.

Places to stay in and around Cookham include Bel and the Dragon, Cliveden and the Thames Riviera.

If you want to discover more about Cookham there are a few options.

Visit the Cookham village website for an online tour http://www.cookham.com/about/tour.htm

The Stanley Spencer Gallery offers a guided walk around Cookham – the heart of the village and the river path – combined with entry into the Gallery.  Or find your own way with the Gallery’s Walks Booklet.  More information http://stanleyspencer.org.uk/