You are here: Home > Shopping > Daniel of Windsor 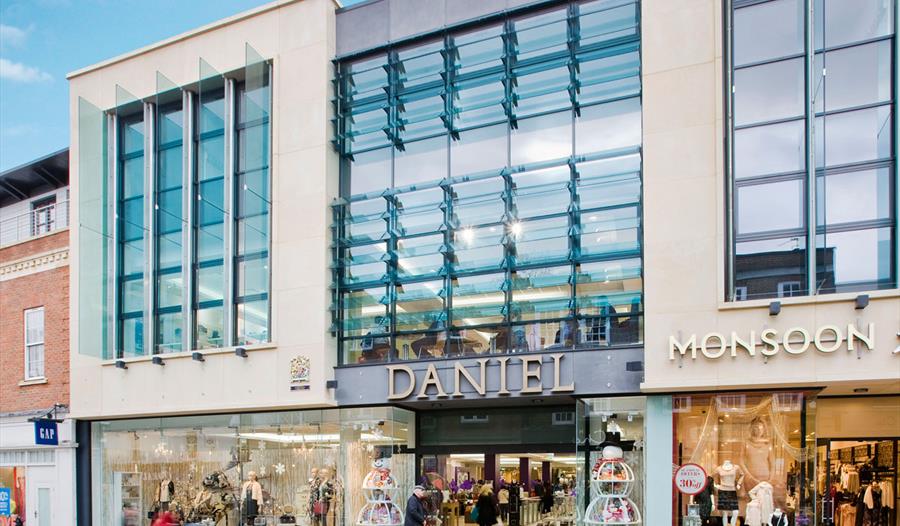 Sitting proudly in the heart of Windsor, Daniel of Windsor is the flagship store of the Daniel Department Store chain. Other Daniel stores are based in Chiswick and Ealing.

Daniel Department Store was originally established in 1901 by Walter James Daniel and since then has always remained a family-run independent store. Mr. Peter Daniel is the current Chairman and grandson of the original founder.

Daniel is the largest department store in Windsor and is very accessible with ramps for wheelchairs and pushchairs, lifts and escalators to assist customers’ movement around the store.

Daniel prides itself on its traditional values of providing “Quality, Value and Service.”  Daniel Department Store has been recognised by the highest authority and rewarded with a Royal Warrant from Her Majesty The Queen as a supplier of 'Gifts' to the Royal Household.

The most convenient parking on Saturdays is in Alma Road, Windsor. The following car parks are also within walking distance to the Daniel of Windsor store: