You are here: Information > Product Catch all > Datchet 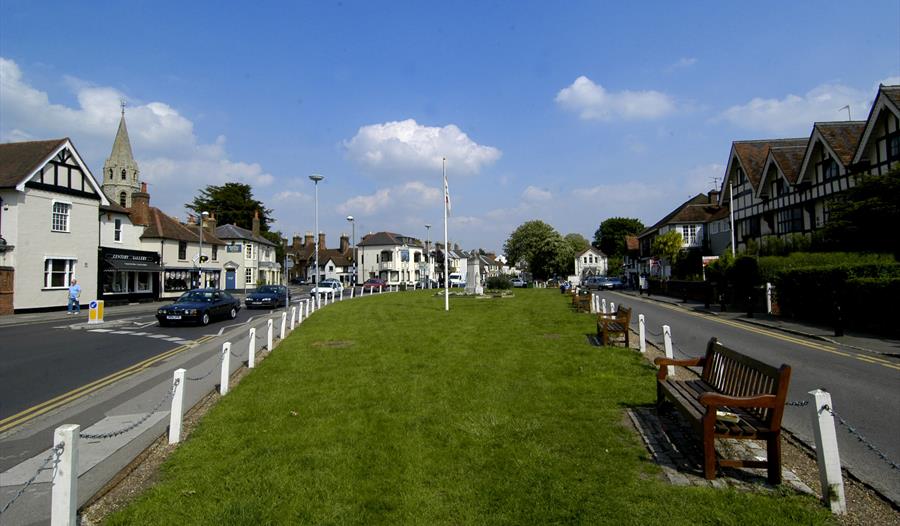 Despite much modern development, Datchet still manages to retain many features of the quiet riverside settlement it once was. The older buildings cluster around The Green with its central oak tree commemorating Queen Victoria’s Jubilee, while those of later periods line the roads towards the river where Thameside gardens form an attractive feature.

There was a church at Datchet in the 13th century, but along with most others in the area it was rebuilt in the middle of the 19th century and subsequently enlarged. A portion of the earlier church can be found at the east and the chancel has two interesting brasses – one to the memory of Lady Katheryn Berkeley and another erected in 1593 to the memory of Richard Hambery, a London goldsmith and his wife.

Being convenient for London – with its own train station and close to the M4 motorway – Datchet has been home to many famous people over the years, among them Sir Isaac Walton, who often fished locally, and William Herschel, the astronomer, who later moved to Slough.

A name less famous but still remembered locally is Robert Barker who was the royal printer to Elizabeth I and James I and who, at his own expense, printed the 'Authorised Version' of the Bible in 1611. Sadly he died in a debtors’ prison in 1645 but to this day the village benefits from the Barker Bridge House Trust set up in his name.