You are here: What's On > 'The Pageant' at the Royal Windsor Horse Show

'The Pageant' at the Royal Windsor Horse Show 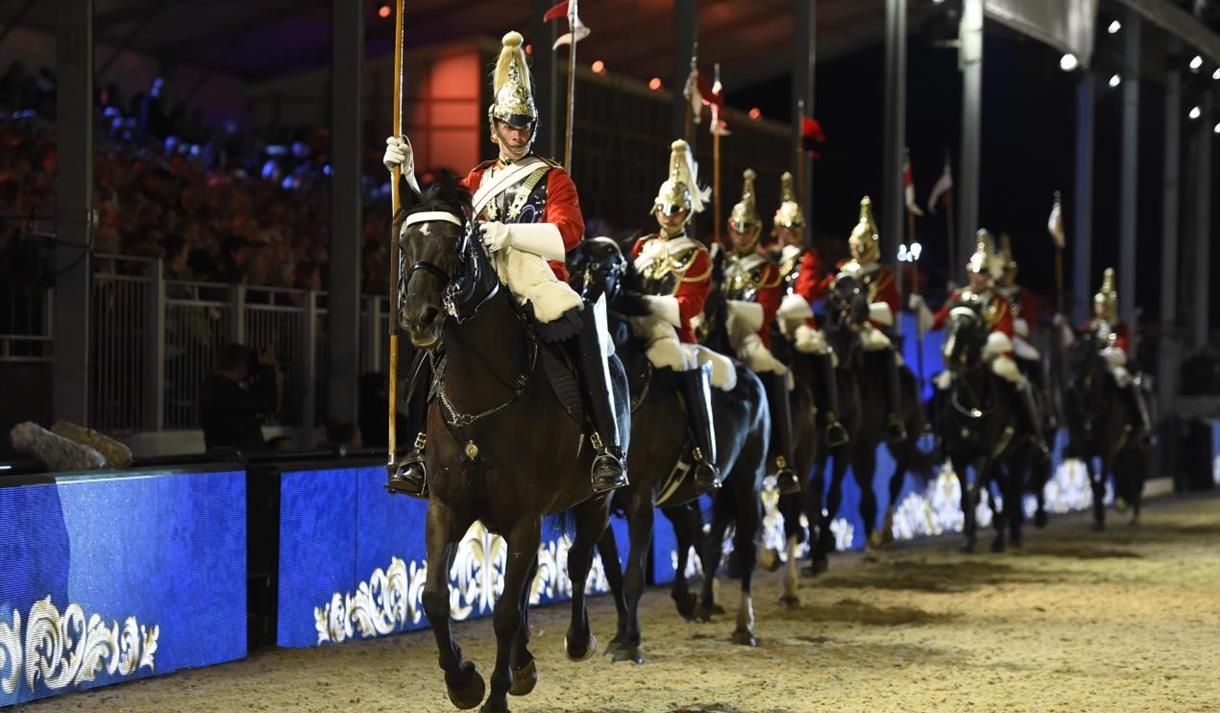 ‘Following Government guidelines announced on Monday 16 March 2020, stating that mass gatherings will not be supported by emergency services and recent announcements regarding social distancing, it is with enormous regret that we have reluctantly taken the decision to cancel Royal Windsor Horse Show, Royal Windsor Endurance and The Edwardian Pageant. The health of the competitors, tradestand holders, sponsors, officials, volunteers and visiting public is our top priority. We would like to thank everyone associated with the event for their continued support, and we are already planning a bumper show in 2021 to compensate for this year’s disappointment.” - Simon Brooks-Ward, RWHS Director

The 2020 Pageant will celebrate the Edwardian Era and particularly the reign of King Edward VII (affectionately known as Bertie).  During his short reign there were a large number of achievements.  He also had strong interest in racing.  More information about the content of the evening will be available shortly but it will include equestrian displays, music (including a small orchestra), mass pipes and drums and much more.

This event joins the Pageant Series at Royal Windsor Horse Show, which over the years has included All The Queen’s Horses (2002), Windsor Castle Royal Tattoo (2008 to 2011), The Diamond Jubilee Pageant (2012) and The Queen’s 90th Birthday Celebration (2016).