You are here: Home > What's On > The Princesses' Pantomimes at Windsor Castle

The Princesses' Pantomimes at Windsor Castle 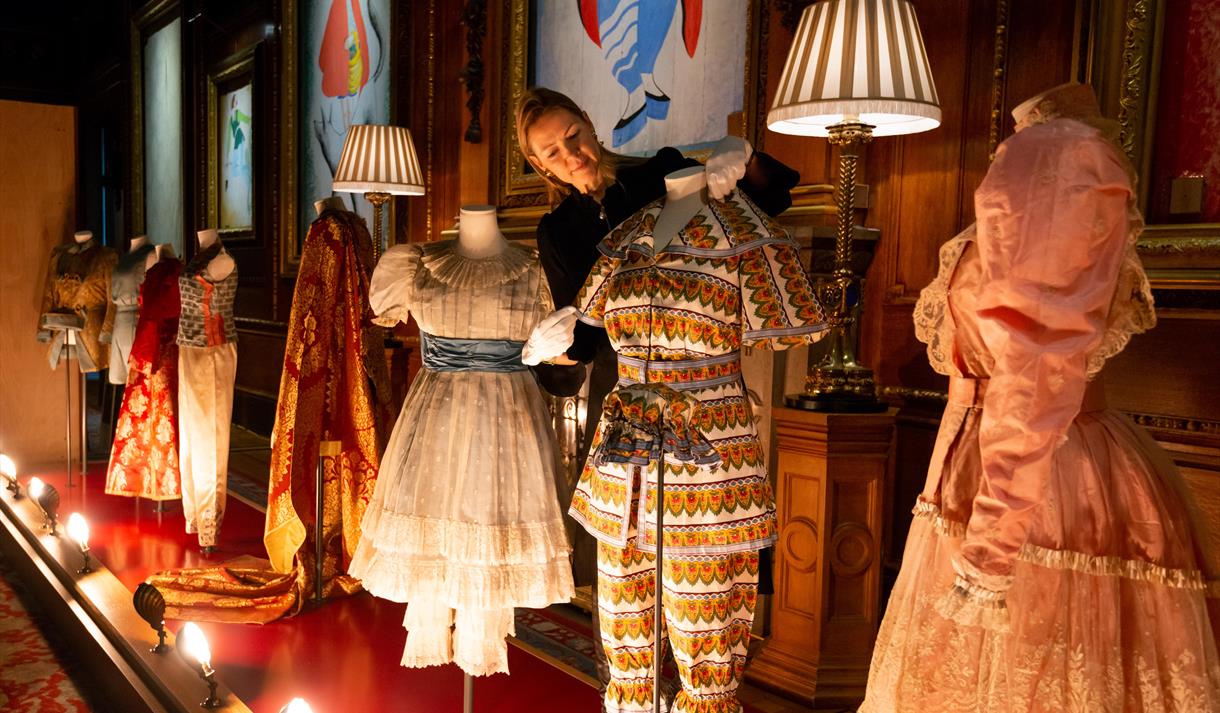 This festive season, Christmas decorations will transform the State Apartments at Windsor Castle and a special display will bring together costumes worn by Her Majesty The Queen and Princess Margaret during wartime pantomimes. Exclusive tours will give visitors a behind-the-ropes experience at Windsor Castle, while family activities will bring royal Christmases to life for children and adults alike.

During the Second World War, Her Majesty The Queen (then Princess Elizabeth) and Princess Margaret spent much of their time in Windsor, safely away from the bombing in London. Between 1941 and 1944 they performed in and helped to stage a series of Christmas pantomimes to raise money for the Royal Household Wool Fund, which supplied knitting wool to make comforters for soldiers fighting at the Front.

Visitors to Windsor Castle this Christmas will have the unique opportunity to see six rare surviving costumes worn by the teenage Princesses during these wartime performances. Brought together for the first time, the costumes will be displayed in the Waterloo Chamber where the pantomimes were originally performed 80 years ago.

The costumes that survive today were worn by the Princesses during the final two pantomimes – Aladdin (1943) and Old Mother Red Riding Boots (1944). In the title role of ‘Aladdin’, Princess Elizabeth wore a gold brocade and turquoise jacket with turquoise dungarees and matching hat, all of which will be on public display for the first time, while Princess Margaret wore a red silk dress and matching jacket to play ‘Princess Roxana’. The striking red and gold embroidered tunic worn by their fellow cast member to play ‘The King’ and another costume combining pieces worn by both Princesses will also be on display.

Three costumes worn in Old Mother Red Riding Boots will be on display for the first time. Princess Elizabeth wore a long-sleeved pink satin and lace dress to play ‘Lady Christina Sherwood’ and later donned a chintz shirt, trousers and sunhat for a seaside scene, in which Princess Margaret wore a blue taffeta dress with cream lace bloomers to play ‘The Honourable Lucinda Fairfax’.

Also on display in the Waterloo Chamber are the 16 large-scale and colourful pictures of fairy-tale characters that were pasted around the walls to decorate the space for the pantomimes. The pictures have been revealed for visitors to see 75 years after they were covered up at the end of the war, when paintings by Sir Thomas Lawrence that had been removed for safekeeping were returned.

Also at Windsor Castle this Christmas:

•    Visitors to Windsor Castle between 25 November and 3 January will see the State Apartments decorated with shimmering Christmas trees, twinkling lights and festive garlands. A highlight will be the magnificent 20-foot-high Christmas tree in St George's Hall, taken from Windsor Great Park and dressed with hundreds of iridescent glass and mirrored ornaments.
•    The Semi-State Rooms, created as opulent private apartments for George IV and now used by members of the Royal Family for official entertaining, are now open to visitors for the winter months and will feature a spectacular Christmas tree in the Crimson Drawing Room.
•    On 4, 11, 18, 20 and 23 December, families can enjoy drop-in festive storytelling sessions in the State Apartments. Taking inspiration from the pantomime costumes on display, weekend arts-and-crafts activities in the Castle’s Learning Centre will give children the chance to design their own costumes, make pantomime-themed Christmas decorations and make a stage for pantomime characters to perform on.
•    Available throughout December, Exclusive Evening Tours offer a behind-the-ropes experience in the State Apartments. Led by an expert guide, visitors will discover more about the Castle’s 1,000-year history, enjoy a glass of champagne and receive a complimentary copy of the official souvenir guidebook. Tours are available to book now at www.rct.uk.
•    Great Kitchen Tours, available from 30 December to 9 January, will give visitors a guided tour of the oldest working kitchen in the country, which is not usually open to the public. Built in the reign of Edward III, the Great Kitchen has remained in use for over 750 years and is still used today for State occasions hosted by The Queen. Tours are available to book now at www.rct.uk.
•    The Undercroft Café, located in the oldest surviving medieval space in the Castle, will be serving a festive-themed winter menu throughout December. 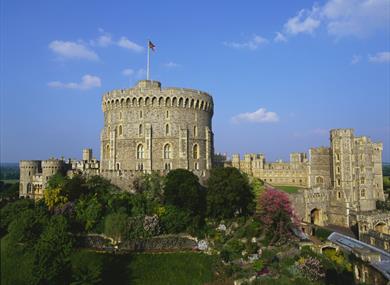 Windsor Castle, Windsor and MaidenheadNo trip to Windsor is complete without a visit to amazing Windsor Castle. It’s the oldest and largest inhabited castle in the world and The Queen's favourite weekend home. Find out more! 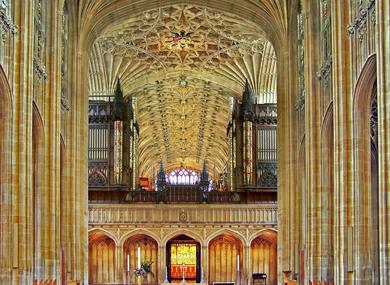 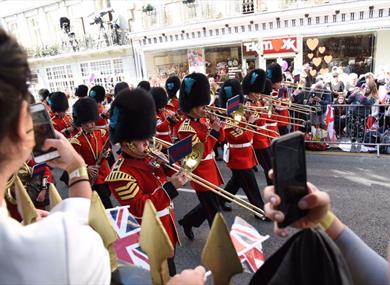 Changing the Guard, Windsor and MaidenheadThe Changing of the Guard is one of the highlights of a visit to Windsor. A band usually accompanies the guard march, although this is subject to weather conditions. 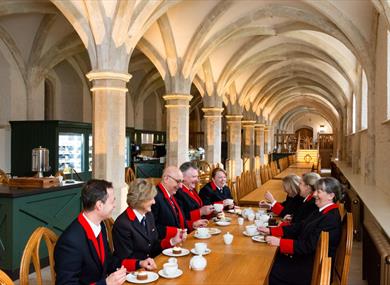 Undercroft Café, Windsor and MaidenheadRelax with a refreshing drink or a bite to eat in one of the oldest surviving spaces in the 1,000-year-old Castle - Edward III’s medieval Undercroft, now Windsor Castle's first café for visitors. 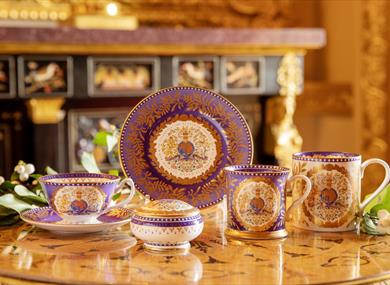 Windsor Castle Shops, Windsor and MaidenheadStep into the Windsor Castle shops and experience a world of exclusive gifts and royal souvenirs.