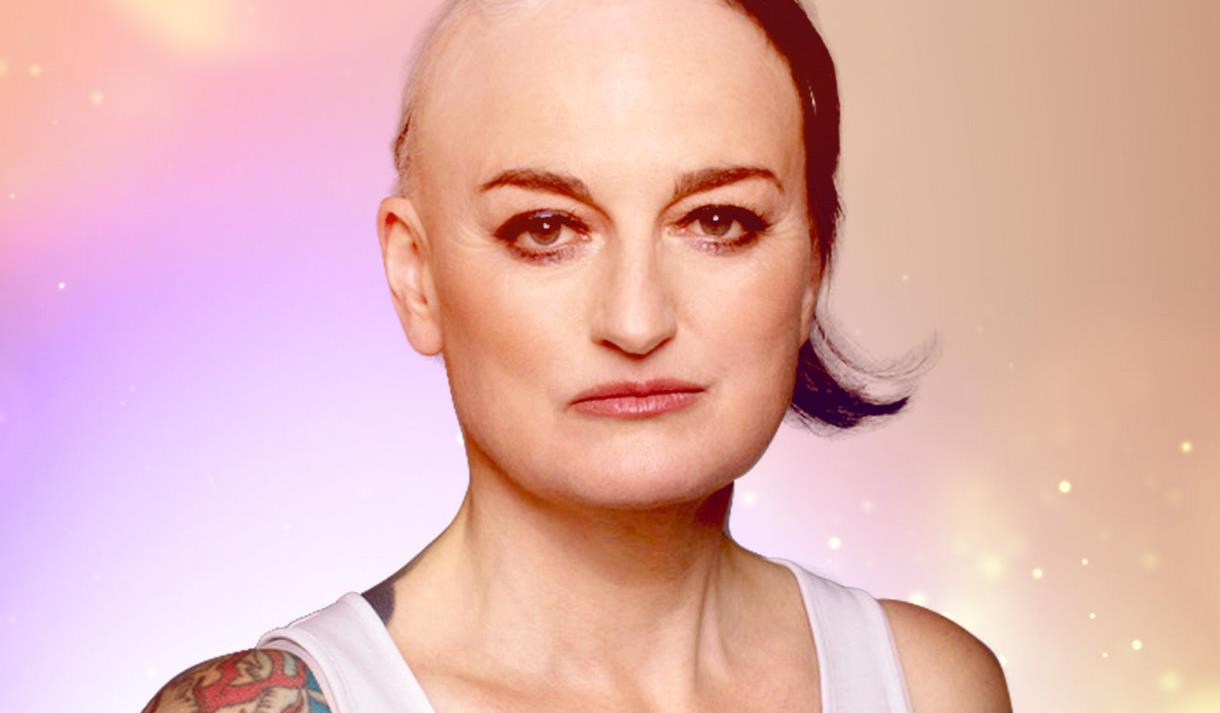 Comedian Zoe Lyons brings her most personal show yet to Norden Farm Centre for the Arts. Bald Ambition is on Friday 17 February at 8pm. Tickets are £16. Age guidance 14+ years.

Zoe is an award-winning critically acclaimed comedian. She is also known as a TV and radio presenter.

She has kept herself busy in the last couple of years by having what can best be described as a monumental midlife crisis after turning 50. This involved buying a sports car, having a brief marital separation from her partner of 23 years and running a 100k ultra marathon which really didn’t end well. She even turned her back on her career and started delivering vegetables from a van.

Along the way her hair decided the best thing to do was abandon ship. It ain’t easy being a middle aged woman: but try doing it with a combover! Thankfully Zoe has been able to explore the funny side of all these twists and turns. Now it's time to sell the silly car and try and put the wheels back on her life.

Zoe says: 'I'm beyond excited to be touring again in 2023, what with going mad during lockdown and getting a job driving a van, running 100km races, and my alopecia recurring with a vengeance... I need to be back to my first love - the stage! So please come and see my most personal show yet and help me out of my (late) midlife crisis.'

Zoe is the host of BBC2’s Lightning and Live at the Apollo and guest co-host of BBC1’s Sunday Morning Live and Absolute’s The Frank Skinner radio show. She is also a regular on BBC1’s Have I Got News for You, BBC2’s QI and Mock the Week.

An immediately recognisable voice, Zoe can be heard regularly on BBC Radio 4’s The News Quiz, Just a Minute, The Unbelievable Truth and The Now Show.

She has performed at the Melbourne Comedy Festival, Latitude, Kilkenny and Pride Festivals. She also hosts her own award-winning monthly comedy night in Brighton. She is the winner of Dave’s Joke of the Fringe, Comedian’s Comedian of the Year, and The Funny Women Award.

Her hobbies include diving, ultra-marathons, paddle-boarding and her chosen specialist subjects on Celebrity Mastermind were Quentin Crisp and Jacques Cousteau. On her socials she talks about a variety of topics including her alopecia, wild swimming and her trusted companion Groucho Barks the Jack Terrier.